Lakeland Community College operates a civic theatre program that is open for any student or community member to join by audition. Exceptional play and musical productions occur twice per year, once in the fall and another in the spring semesters. Performers, stagehands, and the technical crew can include equity actors, community members and students. All professional performances are held in the Dr. Wayne L. Rodehorst Performing Arts Center, where every seat has a great view and an intimate theater feel.

Seeking artists and audience members! The current Arts schedule gives the full listing of all Arts at Lakeland events and you can purchase tickets for performances online or in our box office. For detailed information about prior performances, see our concert, gallery and theater event programs. 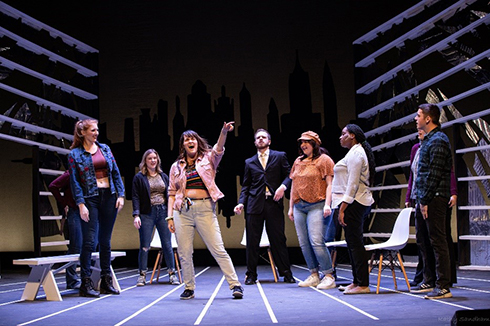 To provide a learning environment that fosters theatrically aesthetic literacy and expressive capability through the cultivation of theatrical techniques and skills and the exploration of creative traditions and possibilities.

Director/producer/artistic director Dr. Martin Friedman has been an adjunct instructor in theatre arts and communications at Lakeland Community College for over 20 years, at Baldwin Wallace University for almost 10 years, and John Carroll University for 32 years. His most recent directing and producing credits include "If-Then," "Inspector General," "Freaky Friday," "Violet," "Light in the Piazza," "The Bridges of Madison County," "Assassins," "Anyone Can Whistle," "Sweeny Todd," "To Kill a Mockingbird," "The Heidi Chronicles," "Pride and Prejudice" (twice), "Other People's Money," "Noises Off" (twice), "Putting It Together," "The Imaginary Invalid," "Cabaret," "The Miser," "She Loves Me," "The Diary of Anne Frank," "Plaza Suite," "I Hate Hamlet" (twice), "A Little Night Music" (twice), "Company," "Death of a Salesman" (twice), "Measure for Measure," "Sunday in the Park With George" three times), "Into the Woods" (twice), "All My Sons," "Blithe Spirit" (twice), "Private Lives," "Brighton Beach Memoirs" (twice), "Merrily We Roll Along" (twice), "Sylvia" (twice), "A Funny Thing Happened on the Way to the Forum," and "Crimes of the Heart" among others. Dr. Friedman holds a B.S. degree in theater education from Emerson College (Boston), an M.A. and a Ph.D. in theater from the University of Michigan (Ann Arbor), and a certificate in nonprofit management from Case Western Reserve University's Mandel School of nonprofit Organizations. As a communications consultant, Dr. Friedman has worked with law firms and businesses on how to improve communications with employees and the public, and on the development of diversity programs using theatrical scenarios.

Lakeland students and community members are encouraged to audition for our Civic Theatre.

All college students and community adults.

The Lakeland Civic Theatre rehearses nearly every day in the early fall and spring semesters, typically in the evening. Schedules are set by the director once the cast is finalized.

All performers must be able to commit to two to four hour rehearsals and all performance dates for the respective production. 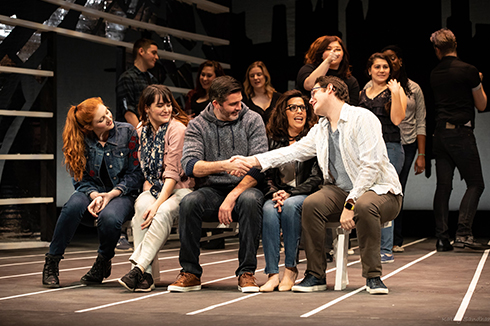 The following images are a sample of scenes from our most recent theater production. 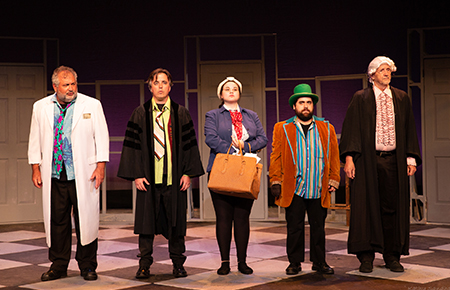 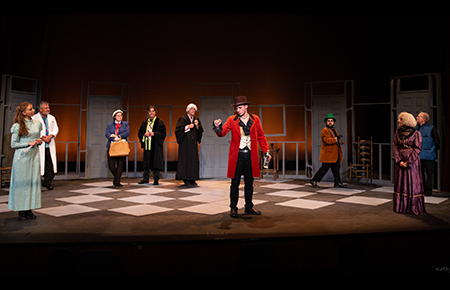 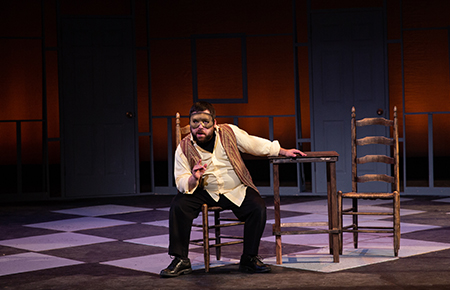 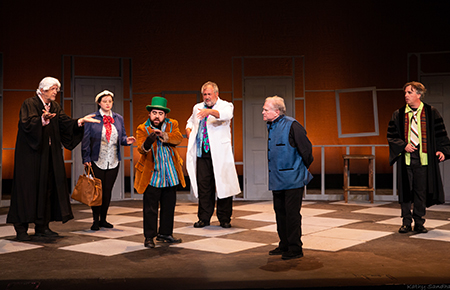 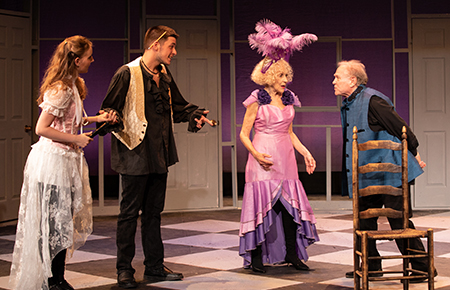 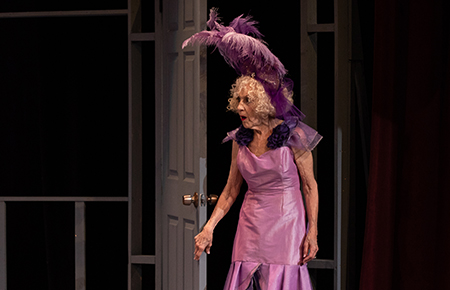 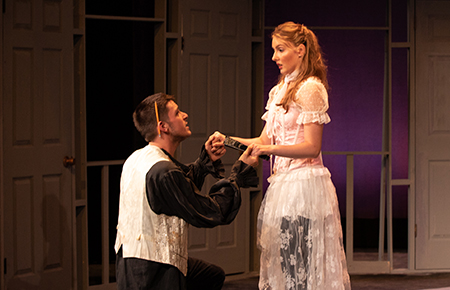 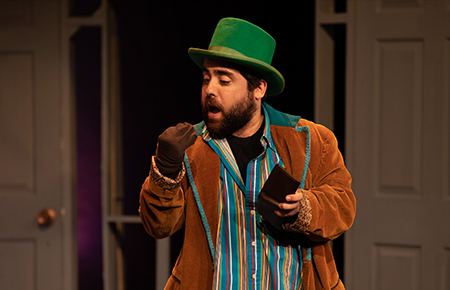 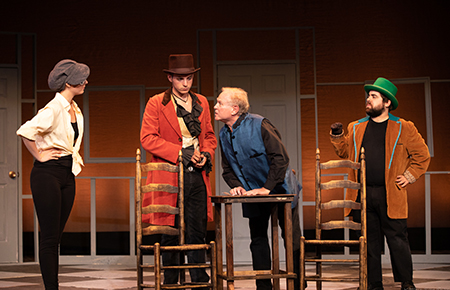 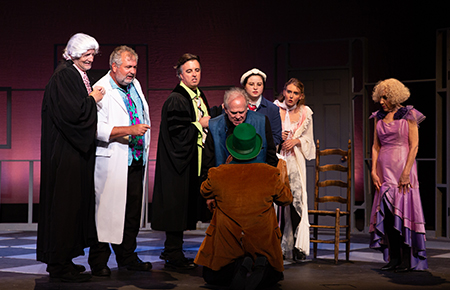 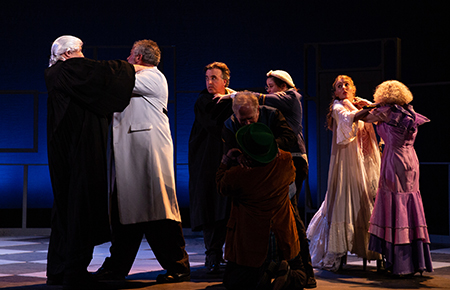